The pre-release time period for Madden 21 has been eventful, and that’s not necessarily a good thing. I created the #FixMaddenFranchise initiative, which it warms my heart to see so many other people help to push that to another level.

There was also the scramble to remove all offensive imagery associated with the Washington Football team from the game. That had to be fun for the team of men and women who drew that responsibility.

The development of the game also largely took place during a global pandemic while the first version on the next-generation consoles was also being developed. To say there is a lot going on would be an understatement.

When I first got my hands on Madden 21, it was wrought with bugs and instability. EA informed me that updates would be coming on August 25, 28th, and then a third one on September 3.

Because of this communication, I decided to wait a bit before doing my final evaluations because I wanted my score to reflect the product most consumers would receive.

That said, here is the good, the bad, and the bottom line with Madden 21.

I’m not going to spend a ton of time here because it’s pretty apparent, all sports games on this generation of consoles have hit their ceilings from a visual standpoint. Does Madden 21 look solid?

Yes, it does, but there is nothing here visually that will send you reeling.

I can hear all the hardcore guys and girls saying, “simulation gameplay in Madden?” Don’t get me wrong. I know EA has pushed things a bit more toward an arcade experience, but at this point, there goal is to walk a fine line that will likely frustrate the hardcore audience, while exciting a more choice demographic.

I understand that, but it doesn’t mean I agree with the direction–at least not in every instance. Let’s look deeper.

In all, the gameplay in this version of Madden 21 is actually pretty strong. This came as a bit of a surprise after the experience was initially marked with bugs. However, after playing through games post-update, things have been much smoother.

As has been the case for the past few years, EA does some things really well in this space, and fails miserably in other areas. Unfortunately, the failures in this category far outweigh the successes.

A good portion of this review will center on this aspect of the game. Here is where I’ll discuss my thoughts on The Yard (Madden’s new 6-on-6 arcade mode), Face of the Franchise, Franchise Mode, and MUT.

Let’s start with The Yard.

Face of the Franchise

EA continues to reboot its old Superstar feature and they’re also attempting to meld their Longshots concept with the experience. As is the case with almost every aspect of this year’s game, there are hits and misses.

EA’s cash cow is back in all of its glory. Truthfully, there isn’t a lot here that is new, but that won’t stop the mode from helping EA rake in an obscene amount of money again over the next 12 months. Superstar KO is back and not much of an addition as it was added during last version’s life cycle.

Here’s the good and bad from what’s new and or still missing.

Franchise mode badly needs a calendar with events stored on it that help to create an experience. Right now, that simply doesn’t exist.

However, it should be noted, EA circulated this note to re-commit to addressing franchise mode in a post-release update. Perhaps that will come on September 3. It reads as followed:

“Madden NFL 21 operates as a true live service and is targeting meaningful change in Madden 21 Franchise based on community feedback via post-launch support including improvements to tuning, Commissioner Tools, AI Personnel Management, Trade Logic and more.”

This is a strange version of the game for several reasons. The post-release updates will be key, but we have to review what’s available now.

While the gameplay is in as good of a spot as it’s been for a while, Madden 21 is dragged down but neglected features, stagnant and/or underdeveloped concepts. Hopefully, this inconsistent effort is a product of the development team packing tons into the next-gen version. If not, all things considered, from a reception standpoint, this could be one of the worst years in franchise history.

EA provided a review code for the Xbox One version of this game. 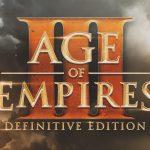