In the fall of 2019, ‘Unfold Games’ released a 2.5D puzzle-platform based psychological horror called DARQ. Lloyd, the protagonist, finds himself in the middle of a lucid dream that surpassed my expectations. Aside from the initial release of DARQ, within the last year, Unfold Games has released the first DLC of two ’The Tower’ and ’GameDev: 10 Steps To Making Your First Game Successful’ By Wlad Marhulets, Developer of ‘DARQ.’ The indie game made headlines that led to its launch last year after the Unfold Games turned down an Epic Games Store exclusive deal. Those who do not know much about DARQ profoundly borrow concepts from other games, such as ‘Little Nightmares‘ and ‘Limbo.’

Last week, I had the chance to speak to the CEO and principal developer of Unfold Games, Wlad Marhulets. Today, I wanted to share the latest news of the award-winning game as it celebrates its first birthday with a new publisher, Feardemic. With the new partnership, a ‘Complete Edition’ will be released soon to next- and current-gen consoles, a brand new free DLC ‘The Crypt’ for all platforms – and ‘Game Dev: 10 Steps to Making Your First Game Successful’.

Poland based, publisher FEARDEMIC, a wholly-owned subsidiary of BLOOBER TEAM S.A, is a publisher of computer games and related entertainment products. The company strives to deliver the most interesting and exciting entertainment experiences which involve situations that evoke the most fascinating and essential human emotion: fear. The company pursues this direction not because it is evil or sadistic, but because through the contrast of intense emotions, humanity can learn more about who or what it truly is.

This targeted use of horror provides a framework that allows the company to focus on the fundamental propositions and values of each of the intellectual properties that they create. The single direction also enables the company to grow and share the specific knowledge that has been acquired through the many years’ experience in specializing in psychological horror games.

‘Unfold Games’ is an independent video game development studio based in Los Angeles, California. Founded by a former film composer, Wlad Marhulets, the studio is known for its customer-first approach, open communication, and transparency. Its first title, DARQ, became one of the most shared video games of 2019 (Metacritic) and ensured its rapid growth, with multiple new projects planned shortly.

‘DARQ’ is the award-winning game that tells Lloyd’s story, a boy who finds himself in the middle of a lucid nightmare. Unable to wake up, Lloyd has to face his fears and decipher the meaning of the dream. He learns to control the dream by bending the laws of physics, manipulating the environment in the most unexpected ways, and solving puzzles that defy logic rules.

This month represents the anniversary of the first release of DARQ and the journey of Lloyd that has seen him travel beyond only a game’s protagonist to one of the most successful horror-themed games of the past year.

To understand the game’s success in the past 12 months, it’s worth noting some of the highlights of its journey so far:

What the critics had to say

On August 13th, 2020, the award-winning game ‘DARQ’ celebrates its first birthday with a partnership with publisher Feardemic. Feadermic has published games, such as ‘Death of Rose’ and ‘The Padre.’  The publishing agreement with ‘FEARDEMIC’ will see the weight and experience of the Bloober Team group of companies focused on the porting of the game to all available consoles and making the fantastic experience that is ‘DARQ’ available to a broader range of gamers. FEARDEMIC has confirmed that DARQ: Complete Edition will be coming to XBOX ONE, PS4, XBOX SERIES X, PS5, and SWITCH. Both FEARDEMIC and UNFOLD GAMES are working toward a DECEMBER 2020 rollout of the console versions. FEARDEMIC also has plans to bring DARQ: Complete Edition to new distribution channels via physical console releases in early 2021.

In making a statement about the publishing agreement, Scott Millard, Managing Director at FEARDEMIC, said: « DARQ has been one of the most successful debut releases of the last year and we are humbled and proud to be partners in the journey to bring such a fantastic game to new audiences across multiple consoles. We welcome Wlad to the family of companies that work closely with Feardemic and the wider Bloober Team group, and we are confident that this will not simply be a one-off deal. »

Wlad Marhulets, Founder at UNFOLD GAMES, LLC and the creator of DARQ said when referring to the publishing deal: « Since DARQ became one of the most upvoted titles on Steam Greenlight, I’ve been contacted by multiple publishers. While I met and negotiated with many, I wasn’t able to find a partner I felt was right for DARQ. When Scott Millard at Feardemic reached out to me, I quickly got a sense that it might be the perfect fit. Feardemic and Bloober Team are the leaders in the genre of psychological horror. Having been a fan of « Layers of Fear, » « Observer, » and other titles developed by Bloober Team, our creative visions aligned from the get-go. Given my Polish roots, it also brings me much joy to collaborate with a company based in Poland. I’m thrilled to team up with Feardemic to bring DARQ to consoles. I believe that DARQ will be the beginning of our ongoing partnership. »

‘UNFOLD GAMES’ had previously promised two DLC’s to be released for free, as a way to say « thank you » to all the fans of DARQ. The first DLC ‘The Tower’ was released in March 2020 to a warm reception (100% positive user score on Steam).

The second DLC « The Crypt » is still in development, as Wlad Marhulets decided to make it into a much more ambitious expansion than initially planned. It will offer much more content, new achievements, as well as entirely new mechanics that haven’t been seen in the game before.

Though initially slated for an earlier release, the new schedule allows for releasing ‘The Crypt’ simultaneously both on the P.C. and Consoles in December. This means that from December, users on all platforms will be able to receive the Complete experience of DARQ as each game purchase will include both ‘The Tower’ and ‘The Crypt’ DLCs as free bonus content, making DARQ console releases the equivalent of Complete Editions.

Further to the release of the game DARQ, Wlad Marhulets recently released his first book titled « GAMEDEV: 10 steps to making your first game successful. » Last month, I wrote a three-part series of the development book. The amount of knowledge that Wlad has acquired in such a short amount of time is genuinely remarkable within itself. He describes the benefits of confronting and overcoming obstacles and habits that hold you back from achieving your dreams. He quotes several relevant, well-known literary and creative greats to further his points. Marhulets reveals his pitfalls of imposter syndrome behavior, encouraging you to overcome your environmental difficulties and self-sabotaging thoughts to develop your next hit game. Throughout Wlad’s book, the reader gains an understanding of the process of overriding negative messages. He describes the challenging, yet necessary, mental feat of taking a step back from the immediate rush of events to gain greater insight into one’s experiences and circumstances, before adjusting your actions to move forward again.

Marhulet’s thoughtful examination of self and society will, for the committed reader, delivers a refreshing and revitalizing perspective. The book assumes no knowledge of game development on the reader’s part and provides a detailed how-to guide on the game development process. It is designed for a new developer and designer and provides enough depth to be broadly useful to work designers. The book has two organizing principles. The first is an organically laid out map of all the essential elements of game design. The exact instructions allow you to construct a game and make it successful in one of the most transparent and accessible manners. The book currently holds a 5-star rating on Amazon across all regions and was praised by Forbes as « remarkable and inspiring. »

You can read my three-part series book review – here.

Additionally, Wlad Marhulet released a short gameplay and commentary video of the next DLC ‘The Crypt’ during Gamescom 2020 earlier today, 08/30/2020. You can watch it – here.

August 13th, 2020, FEARDEMIC subsidiary of BLOOBER TEAM S.A, and UNFOLD GAMES concluded a publishing deal that will see FEARDEMIC deliver DARQ to consoles end of 2020. You can watch the recently released ‘The Crypt’ trailer – here, which will be the second and last free DLC for DARQ.

Seeing how ‘DARQ’ was one of my favorite 2.5D puzzle-platform games launched in 2019 and I have already expressed my appreciation for the game on more than one account, the first DLC – ‘The Tower’ and « GAMEDEV: 10 steps to making your first game successful. » The game’s console edition will be called ‘DARQ Complete Edition ‘and will have the two DLC’s included with the initial tile game. It will also be available in both digital and physical formats worldwide. You can purchase the game right now on Steam and enjoy it along with the first free DLC.

I look forward to releasing the ‘Complete Edition’ of DARQ for Playstation 5, Xbox Series X, Nintendo Switch, GoG.com, and Steam later this year. I will be waiting patiently for the second free DLC, ‘The Crypt,’ to soon-be-released by Unfold Games with great interest.

Note: Moor Insights & Strategy writers and editors may have contributed to this article. 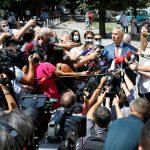 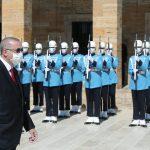